The Jews who changed my life

Having grown up in Syria, cultural stereotypes were imposed upon our thoughts and concepts in relation to the Jews.  After years and years of social, religious and political propaganda, these stereotypes collapsed like a house of card at the first handshake I have ever had with someone from a Jewish background in 2001.

Since then up to this moment, I was so privileged to come across many people who have changed my life in a way or another. However, the sort of change I am talking about here is that fundamental change, which led to direct and intrinsic change in the course of my life. For a reason or another, all those who contributed to such radical change were Jews[1].  On the top of the list comes Jesus the Nazareth; the ever outstanding reformist, revolutionist, economist and the man of restoration and restitution.

I learned from the Nazareth what is a social reform. I learned from him how to focus on the bigger image and that paying attention to the tiniest details, an art which he mastered, is way different from being occupied and hindered by the little details (an example of that is when they tried to install him as a king). I learned from the Nazareth the meaning of ‘revolution’. Jesus was a revolution himself but his revolution was of another kind; his revolution begins from the base (the people, the human being) to the top (regimes and rulers). He did not concern himself with toppling the latter, knowing that changing it would be a spontaneous and inevitable consequence once people were reformed and brought into some sense of awareness. Relatively, I learned from his great grandfather, David, to be real with myself and God. David didn’t play smart with God nor with himself. Rather, the man subjected himself to an on-going rigorous self-critic and self-revision. Also, I have learned from Job to trust the heart of God when I cannot see His hand and from Solomon to seek wisdom. Seeking wisdom would either equip us with the necessary tools to achieve our dreams or modify those dreams under the light of new perspectives.

Not only changed the course of history, but the disciples of the Nazareth have changed my own life just as they changed the life of many throughout the last two millenniums. Being an example of carrying the ‘message’ (whatever message you carry), their life while carrying their precious faith were their most explicit message. They carried their ‘message’ laudably till their last breath and shared it in accordance with the Heart of their great teacher, Jesus the Nazareth. They were from an extremely different backgrounds, yet the ‘message’ united them even though they travelled to different corners of the earth and martyred as a result of sharing their message. This, by the way, flies in the face of any logic or submission that defies the story of the Nazareth and whom he represented himself to be. His disciples were at such great level of awareness, which wouldn’t have had allowed them to die for a mere lie. Rather, they martyred for what they have really witnessed and seen. 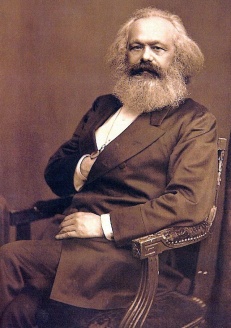 The list of the Jews who changed my life could extend to and includes so many names. I can’t conclude such list without acknowledging ‘Uncle’ Karl Marx, who invited me to have a look at what is happening for real, behind the glitzy appearances of everyday life. From his ‘disciple’ Leon Trotsky, I learned to be faithful to one’s principles even when the ‘comrades’ go wrong, misunderstand you and probably end up murdering you for being authentic and faithful to your principles.

Beside Gustav Mahler and his music that takes me to different worlds, Sigmund Freud took me in a journey to my subconscious and childhood. This journey became enjoyable and better understood when Erich Fromm connected me to the ‘reality’ and enabled me to distinguish between the realms of ‘having’ and ‘being’. This was complimented by the ‘second dimension’ of Herbert Marcuse – an eye opening aspect.

As I mentioned above, the list could be really long; it would have included Lora Luxemburg, the revolutionary woman; Dustin Huffman, my favourite actor ever; and Jon Stewart, the beautiful soul who made me laugh like no other and made me ‘think’ while laughing.

Finally –  I will close the list of the Jews who changed my life with my friend Andrew; the patient, knowledgeable and authentic man who shared with me a journey of reformation and self-discovery; a journey which I am living its effects and results with every passing minute of my ‘present’.

[1] I am indebted to my friend Nizar for drawing my attention to this fact.