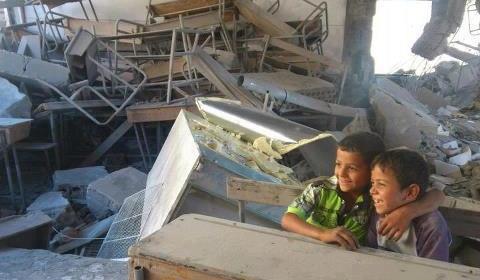 Less than 6 per cent of Syrian refugees of university age currently displaced across the Middle East are enrolled in higher education, an expert on the region has warned.

Salam Said, a lecturer on the Arab economy, told a conference that countries neighbouring Syria had fallen well short of targets for the enrolment of refugees on degree courses.

Higher education was essential for those of university age (defined as 18-24), not just for making them employable and building up their skills, but also so that they could one day restore effective governance, to “maintain their hopes for the future” and prevent a descent into criminality or radicalisation, Dr Said argued.

There were several reasons why such a low proportion of youngsters had continued their education at university, she explained. Countries such as Turkey, Jordan and Lebanon, which have taken the bulk of Syrian refugees, often lacked the money themselves to enrol many more youngsters in higher education, she said.

In Lebanon and Jordan, private universities dominate, meaning that “if you want to have a good higher education you have to pay a lot of money”, Dr Said said.

The urgent need to survive also often took precedence over education, she added. “Many young people who lose their father…they feel committed to bringing in money so search for a job.”

In neighbouring countries, there was also not the same “welcome culture” promoted by Germany, and tensions between locals and refugees were also a barrier to entry, she said.

Some organisations have tried to bring higher education directly to refugee camps through online learning platforms. But these were “sub-optimal” because the “culture of the university”, and the kind of discussions that happen on campus, were crucial to a good higher education, she argued.

Many of these platforms were run by Western universities, meaning materials were in English, and so youngsters had to master that language first. Arabic would be better, she said.

However, she also warned that depending on its content, higher education “could be positive, could be negative” for Syrian youngsters. “If the money comes from the Gulf, and they influence the material in the curriculum, then that is not good for the Syrian refugees,” she said, and such funding sources might discourage the teaching of critical thinking.

Meanwhile, European scholarship programmes were overwhelmed with study applications from Syrian students, according to figures presented by Dr Said, who has lectured in several German universities and now works as the scientific coordinator of a Tunis-based project for “socially just development” in the Middle East and North Africa.

The German Academic Exchange Service had received about 5,000 applications for 221 places, while the UK’s Chevening scholarship had had more than 1,200 applicants for just eight places. The Erasmus Mundus scheme had fared somewhat better, but had still been able to grant only one in 10 applicants a place, she said.

Original article could be read here