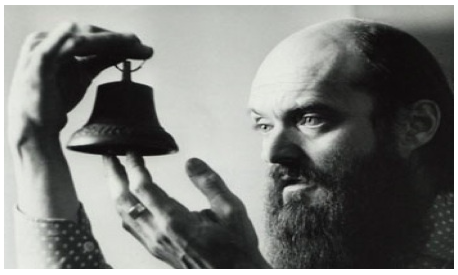 The following description is copied from Arvo Part Website.

Spiegel im Spiegel (Mirror in the Mirror) is one of the best known and most performed pieces by Arvo Pärt and also one of his last compositions before his departure from Estonia. In 1978, the renowned Russian violinist Vladimir Spivakov commissioned a piece from Pärt for violin and piano, and already in December of the same year he premiered it at the Moscow Conservatory with the pianist Boris Bekhterev.

The musical material of Spiegel im Spiegel is presented with utmost clarity and strictness. It only consists of the melody of the solo instrument and the three-note piano accompaniment. The structure of the piece follows a strict formula, where no note is left to chance. The title directly reflects what is happening in the music: each ascending melodic line is followed by a descending mirror phrase. Initially, the melody consists of only two notes, with another note being added with each of the following phrases, thus creating a seemingly endless continuum. After each distancing, the melody returns to the central pitch of A, which, according to the composer, is like “returning home after being away”. The piano part accompanies the melody part at each step like a “guardian angel”, as the composer himself likes to say. In addition to the accompaniment, the piano part includes tintinnabuli notes – like little bells that alternately sound above and below the melodic line, following a fixed formula.

This seemingly simple composition poses a great challenge to a musician in bringing the music alive during the performance. The composer believes that first and foremost, the musician has to have something to say to himself or herself and to others: “Everything redundant must be left aside. Just like the composer has to reduce his ego when writing the music, the musician too must put his ego aside when performing the piece.” Purity and innocence are the qualities valued by the composer in the performance of his music.

Spiegel im Spiegel is one of the works of which the composer as well as the musicians have created numerous versions for various instrument combinations. It has often been used in ballet and dance performances, films and documentaries and even in DJ remixes.